Since 10 years SUPERMARKT is a lively hub of the independent scene in Berlin. An important space for workshops, meetings, exhibitions and experimental formats – always with a strong connection to digital discourse. In March the doors had to be locked due to a pandemic. Nevertheless, the community continued to meet on the net and has been trying to actively shape the digital rules of the game ever since. Co-founder Ela Kagel takes stock of the past few months and demands that the battle for ‚physical space‘ must be fought right now.

March 12, 2020 was the day when we in the SUPERMARKET started to postpone all planned events to an indefinite date due to the Covid-19 pandemic. For us as a team, this was a kind of demarcation line, a crossing over into unknown territory. We still had no idea what would follow in the time after that. And now, more than three months later, the extent of what we don’t know has basically only increased.

The SUPERMARKET, which since its inception in 2010 has always aimed to gather people together, to provide a space for experimentation and discourse, and to maintain this space, even in times of money shortages, rent increases and political pressure, had to be done from one day to the next. And it wasn’t just us – many other rooms and projects that organize conferences, workshops and exhibitions in Berlin also pulled the full brake. 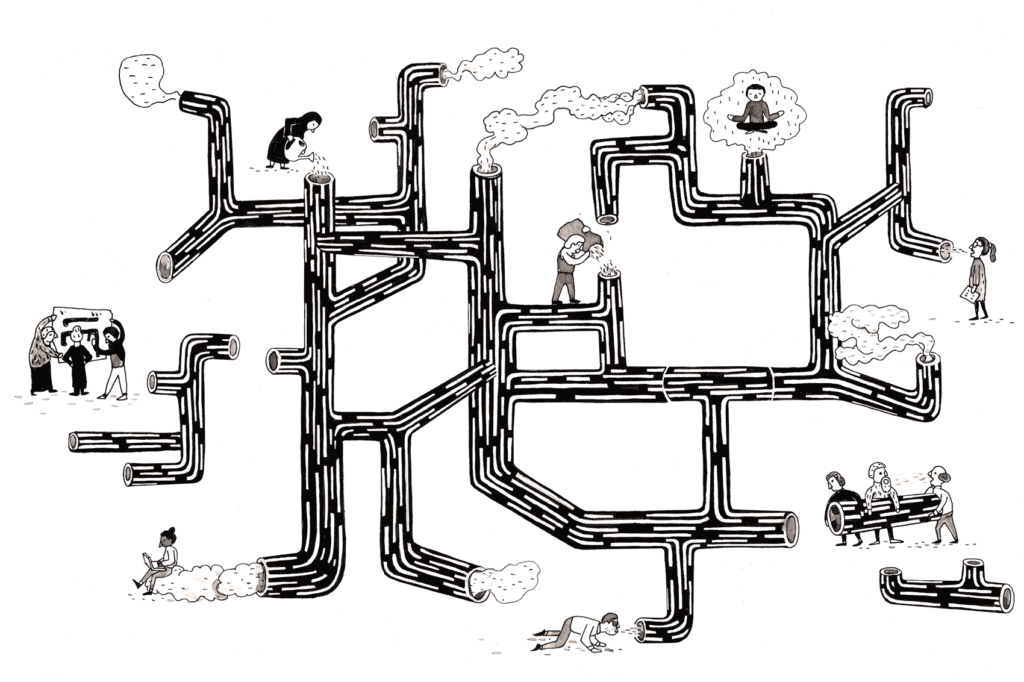 Transfer to the digital room

After a few days of shock, we began to move at least parts of our program into digital space. Inspired by online community projects such as the Coronavirus Tech Handbook, which were created within a few days, across country and language borders, we also started to test the possibilities of social coordination online.

We started a weekly series of online conferences to find answers to the current crisis. At the same time, many other projects in Berlin began to move their program to online platforms: Our friends from Panke e.V. started streaming their music sessions live from the otherwise empty club room, the Disruption Network Lab team quickly started the series of Disruptive Fridays, an opportunity for everyone to exchange ideas on topics such as Collective Care, Hacktivism and social justice. The School of Machines, Making & Make-Believe started a whole series of online courses on topics like „Tools for Reimagining Better Worlds through Cooperation“, a webinar that I hosted for four weeks.

Many of these free spaces and initiatives were able to take advantage of the close connection with their communities to just keep going. Not in physical space, but at least on the Internet. „The advantage now is that we can invite people to our online events who otherwise wouldn’t be able to fly here for a conference,“ said recently Janez Janša, one of the initiators of the Money Lab Ljubljana.

Now it’s time for a cross check of what has happened: Can you just change the platform just like that? Out of the real, into the digital space? What has changed? And, the price question: what happens next? Do we have a chance? 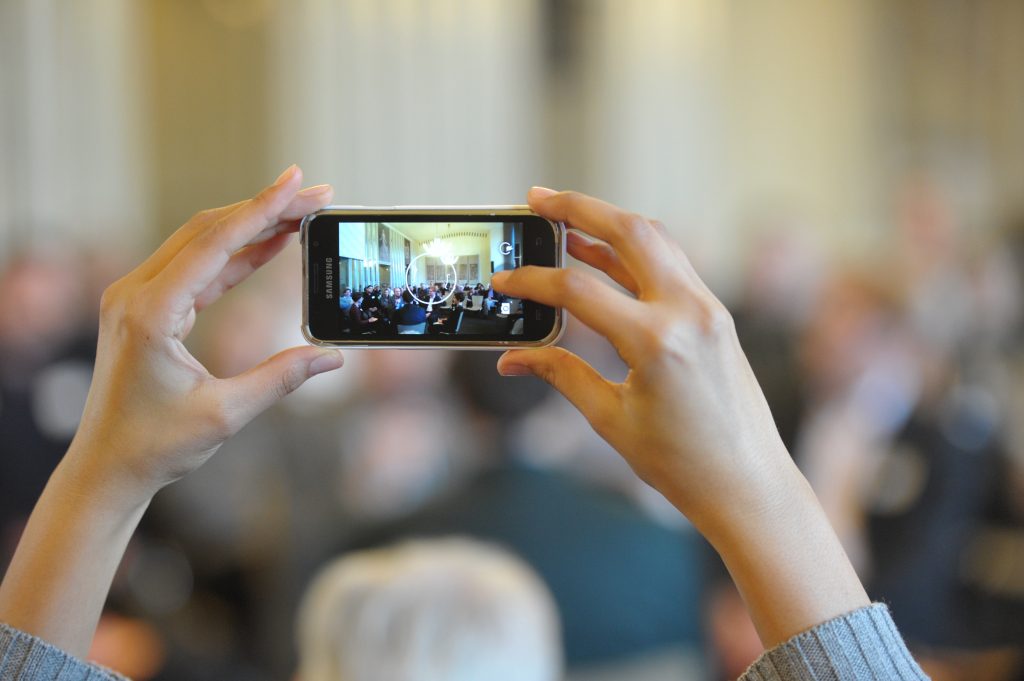 What’s the next step?

An unforgettable moment in the past few weeks was when, after two weeks in my home office, I cycled back to the orphaned SUPERMARKET to work from there. I entered the empty room and immediately the memories of almost ten years of events and encounters with people rushed at me: how we sat here sometimes so close together that in winter the windows fogged up. The air often for cutting. The queue in front of one toilet and one sink where you could wash your hands. Groups of people who stood close together during the breaks, bowing their heads together over a laptop, hugging each other for goodbye.

We were always able to adhere to basic standards of cleanliness and hygiene, and ventilation was always provided during the events. But what we never thought about was the danger of infection by a deadly virus. And while I was standing there, when I returned to the room we had been playing and holding for 10 years, I realized that such events would probably no longer exist for the time being.

The „new“ events we did on streaming platforms were not so new for us at first. We had been working like this for years: digital, decentralized, half the time always in calls. What was completely new, however, was the fact that the physical space of being together no longer existed. And that made a difference. 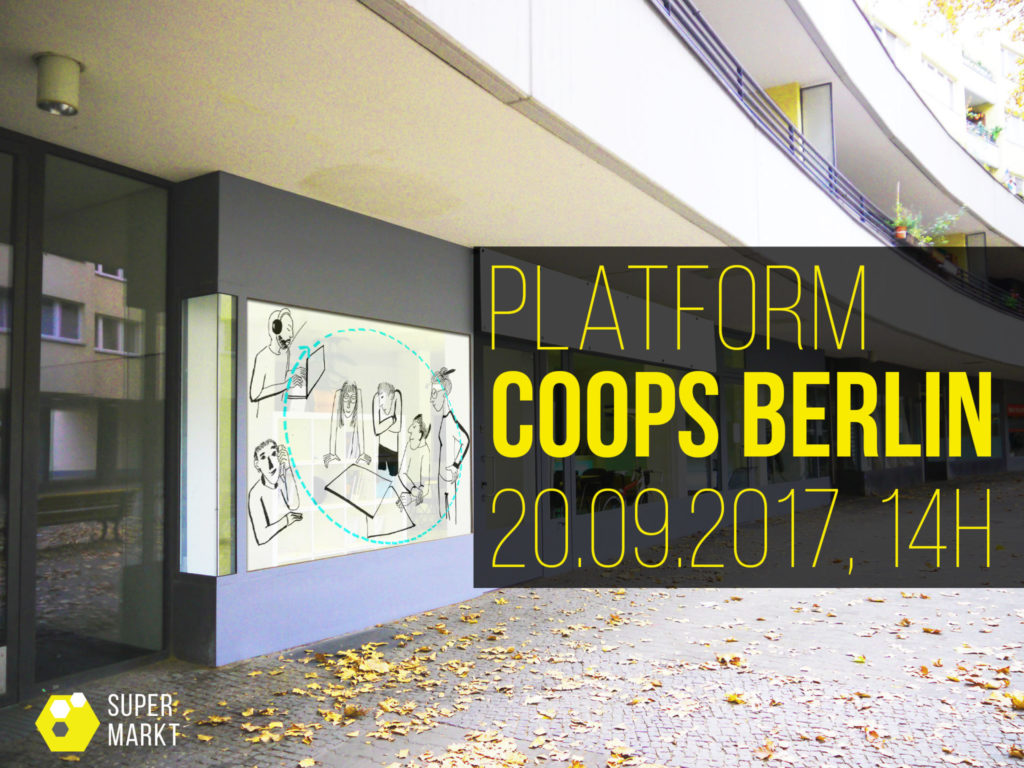 For almost a decade, the people who went in and out of the SUPERMARKET developed a Code of Conduct, i.e. rules on how we wanted to be and work together in the room. Much of this came about in silence, others had to be actively negotiated, but it was clear that there were certain standards of cooperation that were respected by everyone.

When communities suddenly move exclusively to digital platforms, the question arises as to how secure online spaces are. Everything we have acquired over the years, for example the basic understanding that you don’t just take pictures without asking those present, or that you introduce yourself briefly before you make a speech – can we assume that this simply applies in digital space?

Right at the beginning of the Corona era, the video conferencing platform Zoom became not only a symbolic image of the new, digital coexistence, but also one of the most powerful tech companies in the world. The share value of the company, founded in 2011, rose to 40 billion US dollars within a very short time. At the same time, It is said that Zoom has blatant security flaws: Heise reports on the passing on of data, for example to Google or Facebook, while numerous other sources have discovered gross violations of users‘ privacy, for example, when private meetings with personal content landed on the net without the users‘ knowledge. Of course, there are also alternatives to Zoom, such as Jitsi or Big Blue Button, which can be hosted on their own servers. But none of these open source alternatives are quite as convenient. You have to test, fox your way in, do without learned conveniences.

Security and autonomy of Community Spaces

My conclusion: To transfer the security and autonomy of real community spaces to digital platforms requires more than a subscription to a service provider. Especially in video conferences or live streaming environments that are potentially accessible to an audience worldwide, a code of conduct and control of technological standards is necessary. And here we are all still pretty much at the beginning. In the first Corona weeks there were numerous discussions about the platforms to which we should now move, how to moderate online meetings and how decentralized cooperation works.

While programs, production environments and meetings are now migrating to the net in unprecedented numbers, the question remains as to what will happen to the rooms in real life. In recent years, we have experienced that spaces also have a political function: They stand for certain topics and beliefs, they are visible in the cityscape and also manifest a common vision at meetings. How can we transfer this energy, this political dimension, into the net?

What are our strengths?

The opportunities that community spaces such as the SUPERMARKET now offer actually lie in the potentially worldwide networking. Streaming events, online meetings and calls offer new opportunities to build infrastructures and take social coordination to a new level. To do this, we need to learn new skills: community management, moderation, the use of online tools. But above all, we must also understand what our strengths actually lie in.

Because no matter what happens now with all the crises around us, whether there will be a second wave, whether the economy will collapse, whatever threat scenarios lie ahead of us: in the end, it’s all about what we can do to help ourselves and others. There are already quite a few networks in Berlin for this, whether it’s the coalition of the independent scene or newly formed groups like Berlin Collective Action, which have set up a „Nightlife Emergency Fund“ for all those who suffered in the Corona crisis.

Perhaps the crisis will lead to less debate and more action. That collective action becomes stronger and more targeted because there is a pressure to act that was not there before in this form. Perhaps so many learning and networking effects have emerged in recent months that cultural workers will be even more successful in mobilising the masses in the future. After all, Corona has shown that art and culture are systemically relevant, as the Tagesspiegel argues in an article published in April 2020.

Then everything’s fine, isn’t it? Not quite. Because while we continue to advance into the digital frontier and populate new online spaces, the many free project spaces that still exist in Berlin remain unused for the public. There are no meetings taking place. There are hardly any protected spaces for real encounters. Coexistence in real space is strongly regulated. The question is: what will happen to these places in the future? How long will funds be made available to maintain spaces for free art and cultural production?

One thing is clear: gentrification continues unabated and is not afraid of Corona. The concrete gold does not care about the virus. And even if many sectors of the economy have stumbled, the real estate industry has so far emerged from the pandemic more or less untouched. It is also not foreseeable when its ever upward spiral of prices will reach an end.

Thus, the scope of action of many creative artists is expanding in several directions: Conquering digital space and at the same time preserving real space. Using it as a manifestation of autonomy and political expression of will. As a refuge for everything that cannot be coordinated or discussed online. As a reserve for the freedom of words, deeds and assemblies. Where one is not overheard. Where no one who is not concerned knows you were there.

These free places are threatened today more than ever. Especially now, when hastily implemented economic stimulus packages leave little room for experimental and autonomous action. Where empty project spaces provoke all those, who dream of economic exploitation. Let us make noise about these houses. Defend the free space. We will still need a lot of creative freedom in the coming years.

An earlier German version has been published at the Berliner Gazette