How did northern European countries managed Covid-19 lockdown and its follow up openings? Are societies with a high level of digital learning and digital working expertises good equipped for coping with global pandemies?

Mina Di Marino comments on how public learning spaces such as libraries are important interfaces when societies are experimenting with new steps out into post-normalities. Will these intermediate spaces be the new working spaces in urban context? Mina Di Marino is Associate Professor in Urban and Regional Planning and Study Program Committee Leader at the Department of Urban and Regional Planning, Faculty of Landscape and Society (LANDSAM), Norwegian University of Life Sciences. She is responsible as Science Communication Manager of the COST Action CA18124 (2019-2023) on New Working Spaces. 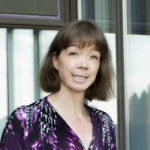 Digital nordic context and its effects on work spaces

In the Nordic context, a higher extent of virtual and mobile digital services and wider Internet connectivity, as well as the work culture and economic structure are radically transforming the ways of living and working. In the last decade, both in Norway and Finland, the work life has changed dramatically for several reasons. According to the latest statistics, 98% of the population in Norway has the access to Internet, while in Finland, the share of households with Internet access is 94%. In addition to the increasing digitalization, there have been significant public investments on 5G. The 5G offers faster and more secure broadband connections, and it reduces the response time and lowers costs (Nordic Council of Ministries, 2019). Moreover, there are several industries (e.g. business and finances and IT, including creative sectors and public organizations) which allow people to work from home, co-working spaces, café and public libraries.

In addition to these factors, which have been influenced the ways of living and working, in Norway and Finland, a huge emphasis should be given to the social and entrepreneurial welfare system and related provision of public services. This non-profit sector has been able to fund infrastructure, knowledge and education. In this context, a key-role has been played by the public libraries. In Norway, public libraries are seen as houses of the democracy (as part of the democratic infrastructure and cornerstones of the democracy itself) (Ministry of Culture and The Ministry of Education and Research Strategy, 2020). Similarly, in Finland, public libraries provide accessibility to information and culture and infrastructure to citizens. 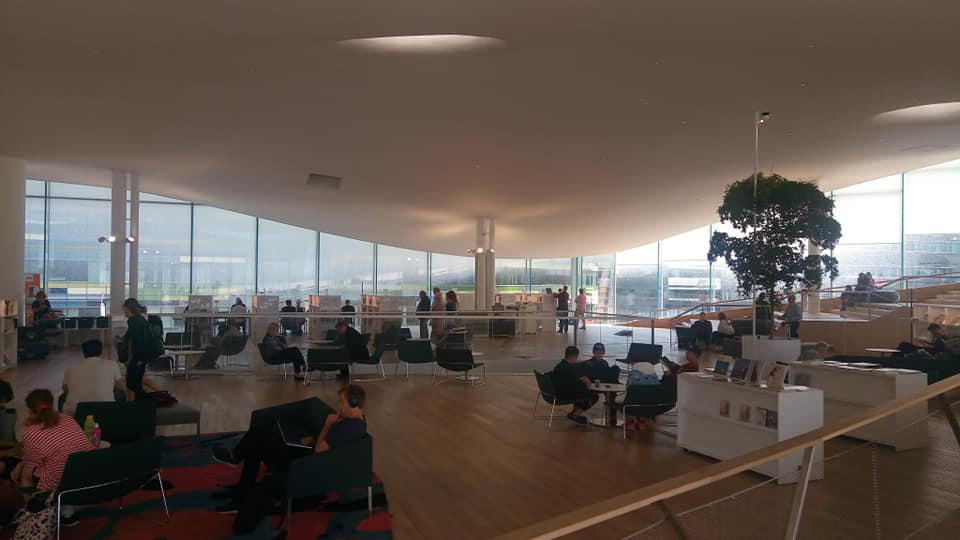 Although the public libraries have partially changed their traditional functions (see e.g. the decrease number of lending books), they are still place of learning and social encounters. Finnish and Norwegian public libraries have rethought and transformed their spaces into multi-functional place of learning, leisure activities and working. To this end, more recently, the new concept of spatial service is now part of the Finnish national legislation (2017). Public libraries are defined as spaces for learning, hobbies, working and civic activities (DI Marino and Lapintie, 2018).

In this context, the networking of public libraries also represents a fundamental aspect for the socio-cultural and technological development of large, medium and small size cities, as well as central and peripheral neighborhoods and related communities. Helmet network of Helsinki Metropolitan Area Libraries (that consists of the city libraries of Helsinki, Espoo, Kauniainen, and Vantaa) consists of 66 libraries, while Deichman consists of 22 branch libraries located all over Oslo, In both metropolitan areas of Helsinki and Oslo, people can spend time reading, working, relaxing, meeting friends, or enjoying some peace and quiet. In addition to spaces for reading, restaurants, café, music rooms, and exhibition areas, as well as movie theaters (in some cases), the public libraries provide co-working spaces (both formal and informal) and maker spaces. For example, the use of 3D printers, hand tools and other equipment is free, while they might be some fee for plastic and paper materials.

Both central and peripheral public libraries are considered as hubs of the local community. Social benefits and the variety of activities that people can perform make the public library a vital space. The surrounding areas of public libraries are also vibrant because of the flows of people which visit the library, the provision of services around, as well as the network and proximity to public transport and cycle lanes.

The public libraries are meant to be urban public spaces (and non-commercial spaces), parts of the cultural and media hubs of cities and neighborhoods. To this end, Helsinki Central Library Oodi  is recognized as a living meeting place in the heart of Helsinki (see images). Deichman Bjørvika (see image), between Oslo Central Station and the Opera house, that was opened on June 18, is already considered the new home of culture and a thriving hub for the city.

Library atoms are the new bits in the digital area

In the conversations which I had with specialized librarians and managers of the public libraries in Helsinki and Oslo, the interests and enthusiasm in investing time and resources in new services and functions have really emerged. 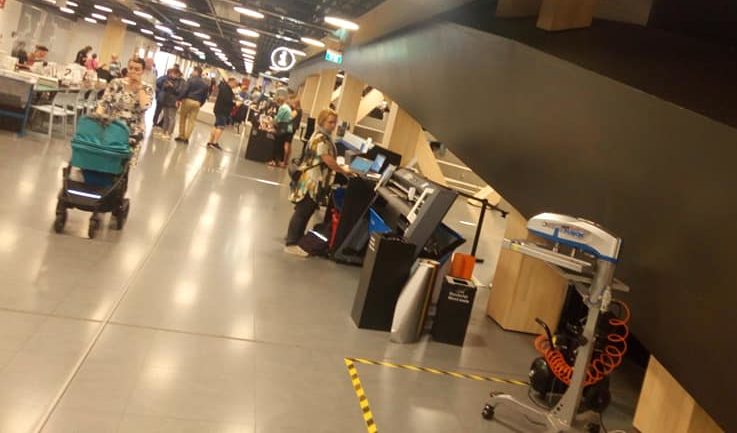 Libraries as working environments for co-workers?

In previous research projects, in which I was involved in Finland from 2013 to 2019, and more recently, in the COST Action CA18214,The geography of new working spaces and impact on the periphery, (2019-2023, we are investigating the public libraries as co-working spaces and maker spaces, in addition to other new working spaces.  This represents a novelty amongst the 90 research partners involved in the CA18214, while the potentials of these spaces have been already recognized in the Nordic countries and mainly studied by Nordic and Australian scholars.

Furthermore, during the global pandemic, those places have been locked down, as other public services and traditional workplaces, in both countries. Everyone was enforced to work from home or second home, and keeping social distancing. However, the provision of the above infrastructures and existing flexibility of employment contracts and workplaces have probably reduced some impacts of COVID-19 on the daily work-life of both Norwegians and Finns.

Post-pandemic: The role of public libraries

In this second phase, the public libraries are re-opening while traditional offices of private and public companies and universities are still closed due to the lack of space and sanitation standards. In this period, these new working spaces are gaining more attention and enable to provide more spacious and safer environment. In the post-pandemic, we can predict that people will search more spaces for work in the public libraries. They will probably escape from home, where there is often lack of concentration and additional room for working. People are looking forward to meeting colleagues and friends, changing atmosphere and working in a vibrant environment.

Ministry of Culture and The Ministry of Education and Research Strategy. A space for democracy and self-cultivation National strategy for libraries 2020–2023 (PDF)